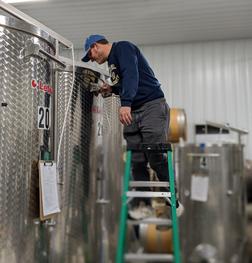 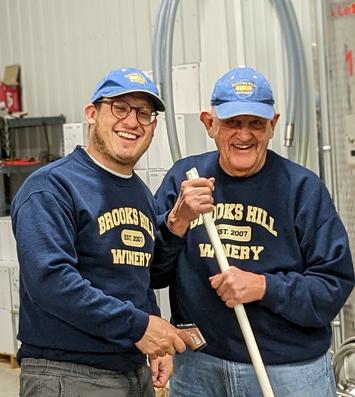 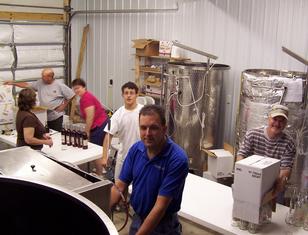 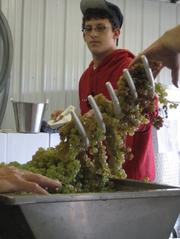 ...the little winery up the hill 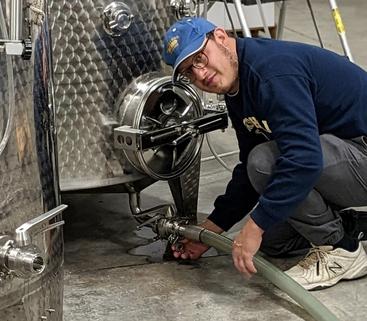 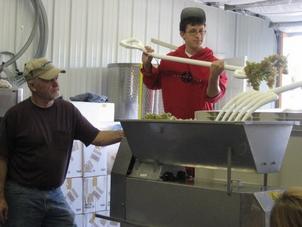 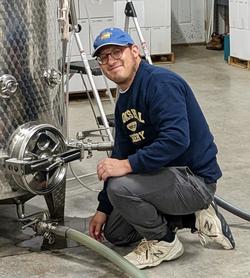 After becoming Mike Miller’s assistant, Christian stepped up his game learning from Mike every phase and requirement for making wine on the commercial level.  His pursuit of knowledge about wines, grapes and the nuances of winemaking has been enthusiastic.  Mike and Christian have worked closely to ensure a smooth transition in the winemaking process and the continuation of the high quality and flavorful wine BHW is known for.

Christian lives in Louisville with his wife Lindsey and their daughter Violet.

Christian Pacheco became the winemaker for “…the little winery up the hill” in 2021 after having worked as assistant winemaker to Mike Miller.  However, Christian is not a new addition to the Brooks Hill Winery Family – he is an actual member of the family.  He has been working at the winery since his grandparents, Mike and Karen, purchased the property in 2006.

From August 2006 to September 2007, Christian, age 14, and his brother John-Michael, age 16, and others helped Mike prepare for the opening of Brooks Hill Winery.  They worked and learned about the vineyard process by cleaning up the land, clearing the wooded acres of over 1200 tires, constructing the tasting room, and preparing and planting the vineyard.

Christian always showed an interest in the winemaking aspect of BHW and, while still in high school, he temporarily became assistant winemaker to Butch Meyer.  Even after high school, Christian continued to assist at the winery in the tasting room, bottling, and harvesting the grapes. 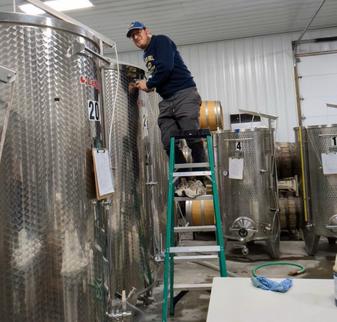